Can we give dogs and cats vegan meals? 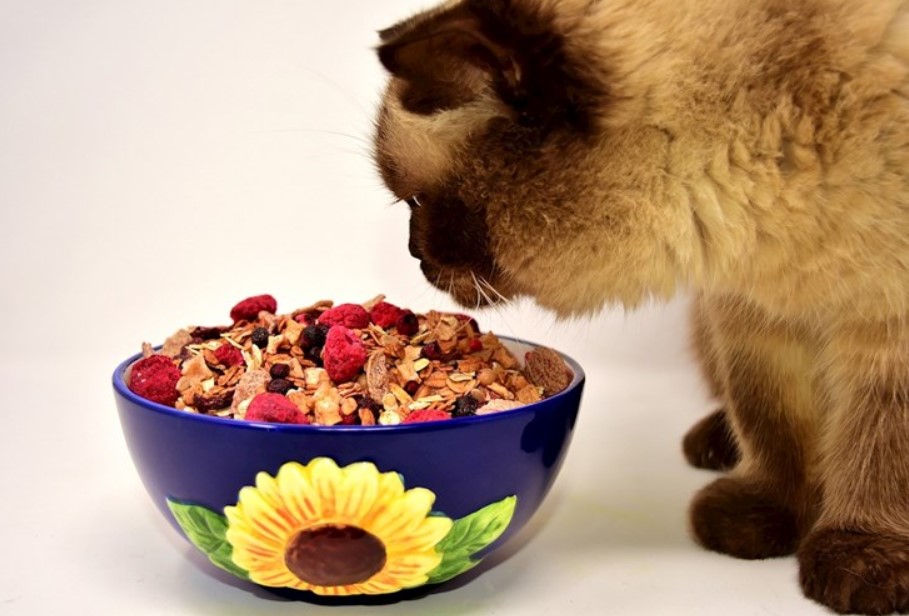 Some vegans do not want to give up feeding their pets in the same way, writes the BBC. Still, can dogs and cats live on a vegan diet?

Back in June 2016, one girl shared on social media a photo of a dinner she served to her Labrador, Maggie.

Still, this announcement met with a lot of condemnation, as people were appalled by the fact that the owner decided to feed her dog vegetables and tofu, instead of a meat-based meal.

This post, and especially one comment in which it says that the dog is obviously reluctant, led to the dog owner, who is otherwise a vegan blogger, shutting down her profile.

As veganism spread (according to the latest research in the U.S. alone, the number of vegans grew by 600 percent between 2014 and 2017), so more and more people came up with the idea of ​​feeding their pets something other than just meat products. The impact of carbon from pet food is significant. Back in 2017, it was estimated that carbon emissions from meat eaten by animals were responsible for emitting about 64 million tons of carbon dioxide each year, equivalent to driving 13 million cars a year.

It just talks about how many of these harmful substances end up in pet food. Also, in 2017, one scientific journal found that in the U.S. alone, dogs and cats ate an amount of calories that matched the diet of 63 million Americans.

“In the UK, under the Animal Welfare Act, the owner has an obligation to feed the animal an adequate diet,” says Daniella Dos Santos, president of the British Veterinary Association.

“If your personal beliefs are based on not wanting to eat any animal products, that’s fine, but such a diet can’t meet the needs of your pets. Cats are carnivores and need a certain amount of amino acids, and a lack of that can lead to health problems. That’s why you shouldn’t give pets a vegetarian diet, especially not a vegan one, ”adds Daniella.

Cats are particularly specific because they cannot produce certain proteins on their own, such as taurine. Instead, they must absorb them from foods such as beef, chicken and fish. Cats that do not have enough taurine have a chance of developing some serious conditions, such as dilated cardiomyopathy, according to the American Society for the Prevention of Violence Against Animals.

In cats with this disease, the muscles become thin and weak, preventing them from pumping blood and supplying the body with oxygen normally. This can be a fatal condition if not cured at an early stage. Cats need a diet that is rich in protein, which is much harder to find in a plant-based diet, and can also have problems with carbohydrate processing.

“They can’t digest plants properly and they need nutrients that only meat can provide,” they add from the American Society for the Prevention of Violence Against Animals.

Still, that doesn’t stop some companies from producing vegan food. One such company is Ami, which is located in Italy and sells vegan cat food, which is enriched with taurine and other proteins. However, what all veterinarians claim is that cats are reluctant to consume food that does not contain meat.

And what about dogs?

Part of the reason why the dogs escaped from the wild and approached our society was the food offered to them if they approached the campfire. That food wasn’t always meat.

In the wild, wolves obviously eat meat, but they are also known to eat eggs, berries, and even grass if they lack vitamins. Dogs can adapt to a diet that includes less meat and more plants. In addition, they also have amylase genes, which means they can digest plants properly.

All of this gives dogs an advantage when it comes to, possibly, switching to a meat-free diet. But Daniella Dos Santos warns that this is not easy.

“It is theoretically possible to feed a dog a vegetarian diet, but it is much easier to do it wrong than right. You should give them such a diet under the supervision of a nutritionist,” she says.

However, there are certainly those who face the challenges of meatless dog food and strive to make such a diet quality.

Wild Earth is one of them. Its co-founder is Ryan Bethencourt, a scientist who has been heavily involved in start-up companies of the “food of the future” such as Memphis Meats and Gelzen.

He was inspired to create food without animal products.

“In 2018, 100 million units of pet food were withdrawn, in part because some had very high levels of euthanasia drugs, pentobarbital,” Ryan says.

He said additional research has shown him that a lot of pet food is made from animal by-products, which do not meet the same standards as pet food.