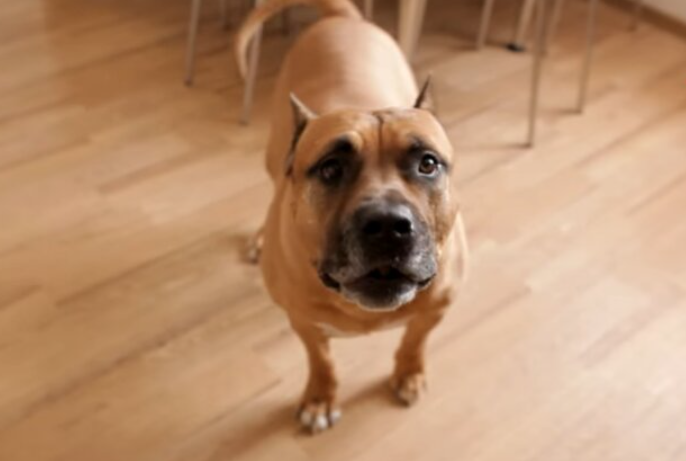 A community movement in South Wales to find homes for shelter dogs was a huge success! More than seven hundred pets went to new owners. And by the end of the weekend of events, there was only one dog left in the empty shelter.

The five-year-old Staffordshire terrier is named Daisel. He stayed at the Rezeford Animal Shelter all by himself. 149 conspecifics went home, and this little guy did not like any of the potential adopters.

The unhappy dog felt that no one wanted him. He felt sad that all his friends had left the shelter one by one, while everyone turned their backs on him.

Not long ago, he had been a pet. But the owners were overwhelmed with the dog because he was too active.

The shelter staff felt that the animal would be better off living in the city in a private home and walking in the backyard.

Preferably, there should be no other animals in the family, including cats, as the puppy sees them as interesting targets to chase. But he gets along well with calm dogs and children!

Daisel can walk on a leash and knows basic commands. His heart is full of love for people, so he is very affectionate with strangers and loves to cuddle.

A lonely animal really wants someone to give him a home and allow him to become part of the family. The puppy dreams of long walks with his owner and a warm, cozy bed.

This carefree and smiling boy will become a loyal friend to anyone who lets him into their hearts. The volunteers are confident that their search for a home will soon be resolved. Such a charming dog cannot stay alone for long.

We wish this dog to find his happiness soon!