The daughter brought the cat to her father and believed in a miracle: the animal helped him through a difficult time 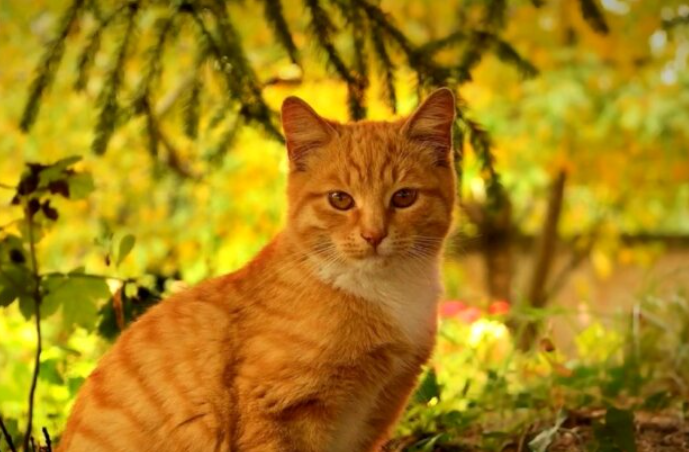 A cat in the United States surprised his owner when she went to visit her ailing father. The pet instantly transformed the hard-bitten dog owner into a cat fan, but in a way that exorcists and doctors will appreciate.

Kelly Nugent, who lives in Florida, moved to New York to support her father in his fight against cancer. The man had been suffering from a severe bone marrow tumor for months.

Kelly’s fater with a cat named Sweet Potato. Source: medialeaks.com
With her, Kelly took her faithful friend, a two-year-old cat named Sweet Potato, who suddenly discovered his talent for therapy. The pet practically never leaves her father’s side, as if helping the sick man with his purr.

“My father is my best friend. I couldn’t leave him alone because he’s been having a hard time coping on his own lately. And Sweet Potato, once we got acclimated to New York, became my dad’s most loyal companion.”

The woman is certain: the animal sensed that her father needed help.

“They are so sweet when they spend time together. Sweet Potato immediately sensed that Daddy desperately needed his support. He walked up to him, jumped in and sort of said to Daddy, ‘Don’t get in my way when I’m doing my job. I’m going to help you heal.”

Kelly shared that Sweet Potato completely changed her father’s attitude toward cats. Whereas the man was once considered a hardened dog person, now he can’t go a minute without a cat.

Kelly’s fater with the cat Sweet Potato. Source: medialeaks.com
Kelly has also started a Tiktok account, where she posts funny clips from the life of Sweet Potato and her father. The woman’s videos garner hundreds of thousands of views, and her profile has reached 2,500 subscribers.

“I started posting clips to support my father. I read the comments out loud, and he is happy that so many strangers are worried about him.”

In addition, the daughter said her father’s condition has improved significantly over the past two months. She attributes this to Sweet Potato’s therapy.

“I’m sure Sweet Potato’s emotional support has helped the father. The hugs, being there for him, it all had a huge positive impact on him.”