Luck was boundless: five tiny puppies came to a shelter and met their mother 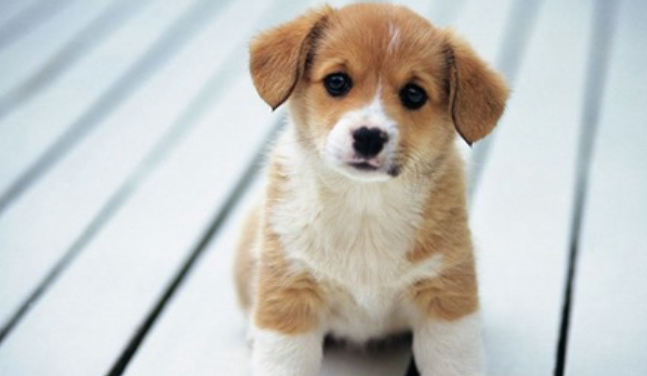 Every day Arya puts leftover meat and dog food, water and empty bowls in the car. She drives around the island: she knows every stray dog living in an abandoned house, hiding in a thicket or begging on the beach. Arya and her fellow volunteers are constantly busy capturing stray dogs, treating them, and placing them in new homes.

Saipan is a tiny spot, an island lost in the middle of the Pacific Ocean. It was ruled by the Spanish, the Germans, the Japanese and the United States, and today the island is full of tourists. It is full of stray dogs. Volunteers do their best to make their lives bearable and reduce their numbers. They feed them, catch them and socialize them.

On one of her rounds, Arya met a dog emaciated beyond recognition with a sad look on her face. The woman offered her food, and five tiny puppies rolled out from under the dog’s feet. They were still nursing, which is why the dog was so emaciated. Their fur was crawling with fleas and their bellies were swollen, so they were full of parasites.

Arya added more food, and when the babies were full, she put them in a small plastic basket. Each puppy was no bigger than the palm of her hand, and all five fit in the basket and fell asleep sweetly under the warm blanket in the trunk.

The mother was shocked because her children had been taken from her! No one could explain to the dog that it was for his own good. She could not be comforted by a promise to come back. So she ran to the car as fast as she could.

Arya’s heart was breaking – but what could she do? A few more days and the little ones would have died of starvation, infection, or parasites. They needed help immediately.

The plan was to return to the mother dog the next day, then again and again until she managed to gain their trust. Then catch them and take care of their health so that the mother could be reunited with her puppies.

The babies were washed, groomed, fed and placed in a box at the volunteer center.They looked quite happy, if a little confused.

The next day, Arya went on another round and met the mother dog. It was as if she had not left her place and was waiting for the car to return. The dog greeted her in a friendly manner, but was not interested in food at all. She kept walking around sniffing the back seat and the trunk, where the smell of her babies was still present.

The woman petted her and soothed the dog in a loving voice, but the mother was inconsolable. When Arya got into the car, the skinny dog suddenly jumped up and jumped through the open window onto the next seat.

And off they went. At the center, Mom was also treated: washed, disinfected, dewormed. She accepted the leash and meekly endured all the treatments until she heard her babies squealing through the wall. There was no stopping her, she tore herself away from her seat and pulled the volunteer along. Finally, the family reunion occurred: the dog pounced on the puppies, and they ran to meet her.

The three puppies quickly went to their new home, and the mother dog and the two remaining babies are now waiting for their owners.