Do you know why sea otters are special? 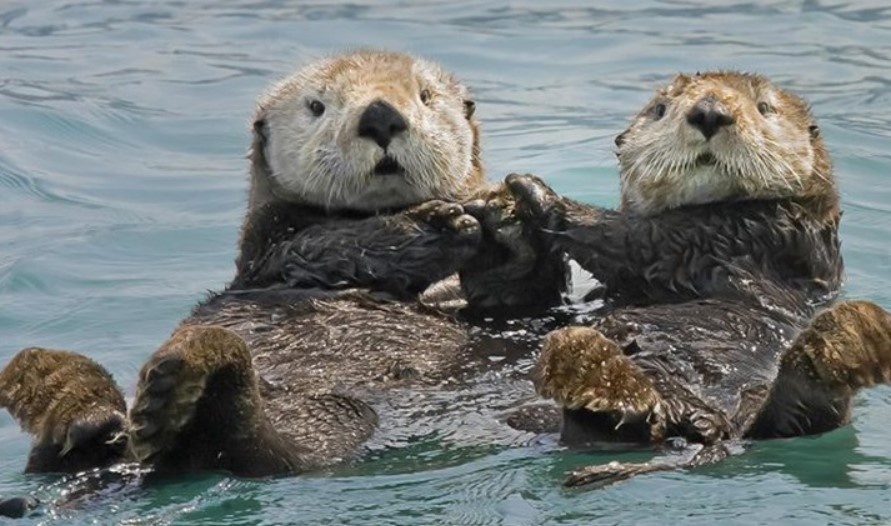 CUTTLE sea otters have soft fur and can dive to great depths. They know how to use stone as a tool, and females carry their young everywhere with them and constantly take care of them. But that’s not all they’re special about.

In order to never separate, sea otters literally hold on to their paws while they sleep. Family is very important to them and that is why they often sleep in groups.

Sea otters do not separate from their young from the first day, and when they are very small, they hold them by the paws so that they do not get lost. For this reason, we often come across adorable pictures of these wonderful and special animals.

When females go hunting, they wrap their young in seagrass to make sure they don’t get lost. The cubs learn to hunt and swim very quickly, so this is another specialty for them.

Sea otters spend most of their time in the water, and sometimes go to the shore to rest or sleep. They usually float lying on their backs while their cubs sit comfortably on their bellies and enjoy a safe hug.

As we have stated, they use the stone as a tool to find food – they hit the shells with it until they open. They like to eat both fish and octopuses. They clean their fur every day with their paws and teeth after each meal, and if they think that they have not cleaned it well, they bathe additionally in the sea.

Their fur protects them from cold and injury and it is hard to believe that sea otters were almost extinct because of their fur. Due to hunting and the sale of fur at the beginning of the last century, there were only 2,000 of them, but thanks to associations and organizations for the protection and welfare of animals, today there are more than 106,000.

Unfortunately, they still live in danger because they often end up in fishing nets, and the sea is polluted by oil spills and plastics so they are marked as an endangered species.